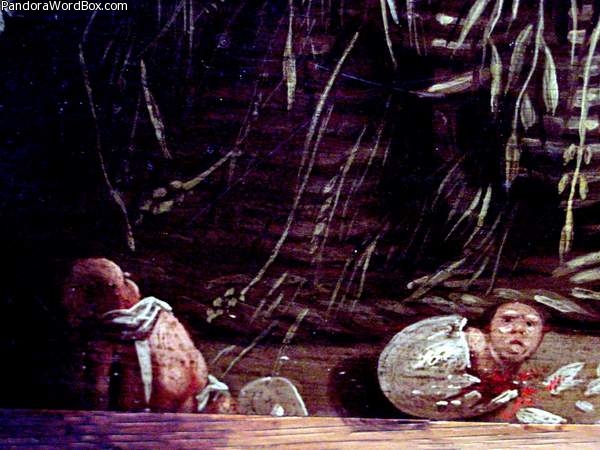 A scene of seduction facilitated by wine. Probably by a German artist.
Note the aborted or failed eggs and fetuses depicted. In the United States the term "miscarriage" is prevalent, because "abortion" acquired the notion that it implies "induced", while the term properly means "spontaneous". Teratothanasia is a term denoting the spontaneous death of the embryo or fetus and by extension of any individual who dies spontaneously due to malformations.
This image represents other similar works depicting political-religious propaganda against the Roman Catholic Church. To avoid "problems", as shown by the painting associated with celibacy, the followers of Luther legalized marriages of priests. Luther married a nun. (Note nanny, nana, nurse, nursery, see mother).
20221107 ww