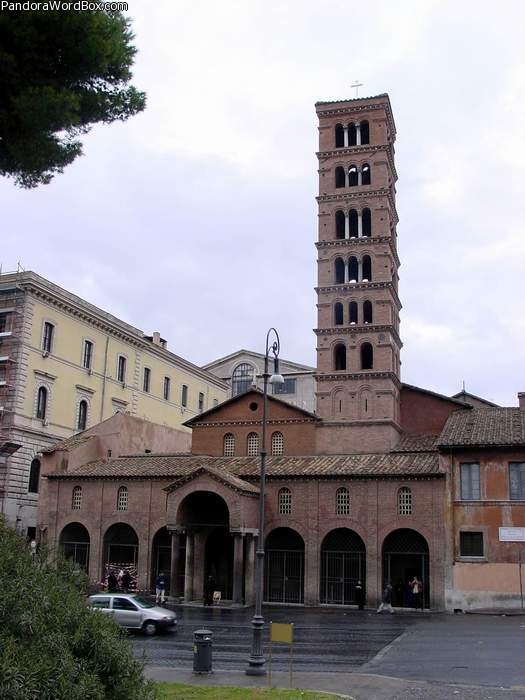 A former temple to Ceres converted to a church. Restored to its ancient origins in 1894. The old name "Maria de Schola graeca" underscores the architectural features contributed by Greek refugees fleeing from Arab incursions during the 6th century. Cosmedin may relate to Kosmidion of Constantinople or a famous Roman Cosma, whose son Deonato in 1294 crated the "cosmatesque" mosaic pavements and the Paschal candlestick of this church. The campanile and portico where the "Bocca della Verita" now stands are contemporary of the floor mosaics.
20210322 ww