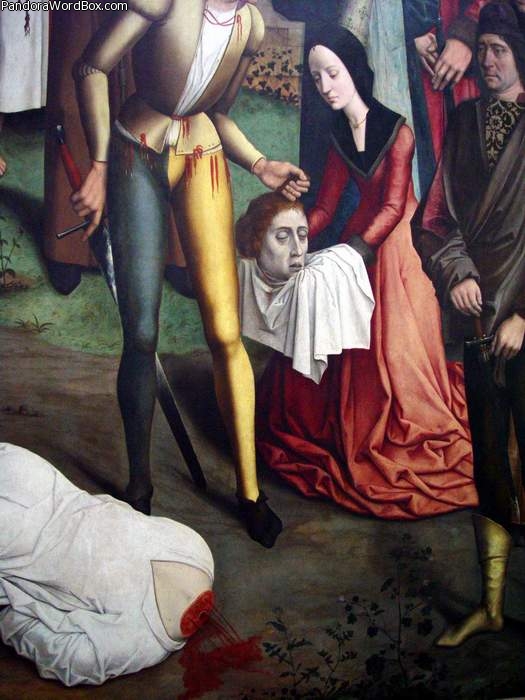 Illustration of the legendary tale of the judgment of Otto III (984-1002), emperor of the Holy Roman Empire (according to the Pope of Rome). Otto condemned an innocent count to be beheaded (see detail). Later Otto had his wife burnt alive after the widow held painlessly a red-hot iron in her hand while proclaiming (too late) the innocence her husband. Those were the days with a plethora of miracles and bloody executions.
20210312 ww