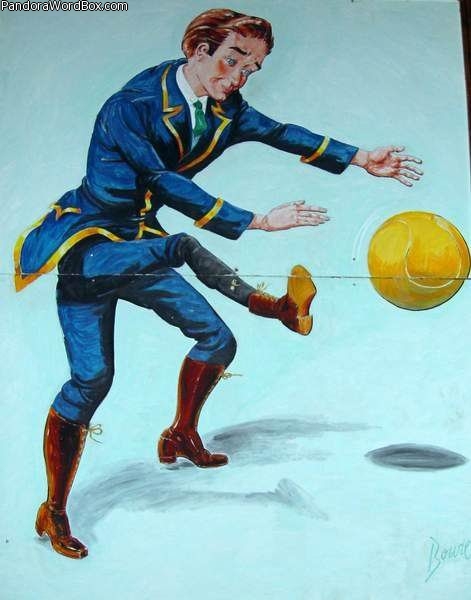 To "make fun" of the tragedy of another often was within the scope of the business of circuses, including the "selling" of exhibitions of those with congenital anomalies. On the other hand, those so impacted often had no other ways to "earn a living" and some, like conjoined twins, "earned" considerable sums.
In this poster, the artist conveys the existence of an "extra" leg. Duplications of human structures such as polydactyly are frequent, and the duplicated parts grow in proportion to other similar structures. There also are "teratomas" including in the "tail end" of the body. Such sacro-coccygeal teratomas often grow faster than normal. In contrast to "duplications", which generally pose little risk of malignant transformation, sacro-coccygeal teratomas, if not resected, often become malignant. From this poster, it is not clear if the individual represents a twin pair, one of which is partially developed. However, instances of "an extra leg" demonstrate that it has no motor function as implied by the poster, in short, this may be an example of "false advertisement" (note entries concerned with "teratoma" and "conjoined twins").
20221111 ww