BEAUTY - A PENSIVE SAD AMAZON - This is a Core Link to Notions in "Amazon", the Emblem of Emancipated Women, the Only who Wore Slacks (Pants) during those Times 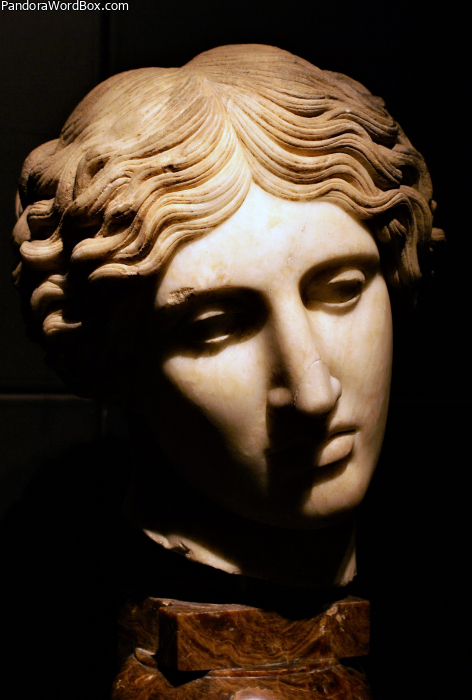 Exquisite representation of the beauty of this sad looking young woman. Who in the current era would depict an "enemy" woman as were the Amazons to the Greek, stressing their beauty?
According to Pliny, in his "Natural History, XXXIV.53", this statue by Polycleitus was considered as the best in a competition with other leading artists of the time. The second and third best were judged to be those by Pheidias and Cresilas. The forth and fifth best were those by Cydon and Phradmon. The prize was to place the work in the Temple of Artemis of Ephesus (later Pergamon).
The Temple of Artemis at Ephesus, according to Callimachus, in his "Humn to Artemis, III.233", included many representations of Amazons wounded during their battle with Dionysus (Plutarch, Greek Questions, LVI; Pausians, VII.2.7).
The Artemision was inaugurated in 440-430 BC, the four best statues of Amazons mentioned above were displayed. At the time it was common to color statues with pigments and paint. The present representation is likely to be a copy of a copy in bronze of the original. Specialists branded this particular representation of an Amazon as the "Berlin type".
20221117 ww