GENOCIDE - RUSSIAN WAR ON UKRAINIAN CHILDREN - and YOU? 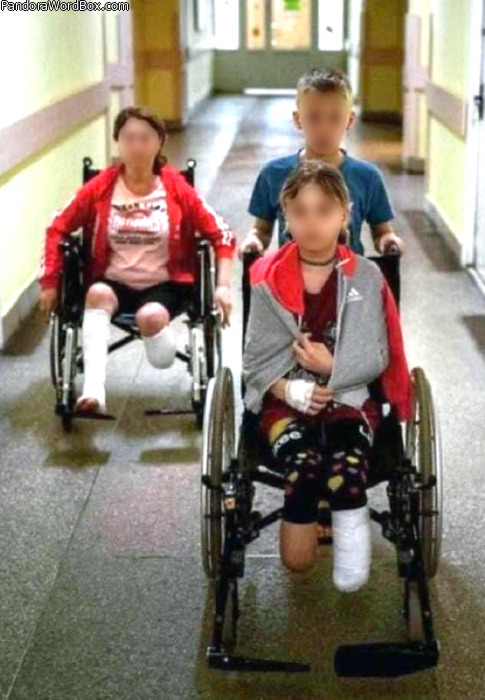 The current posting includes an overview - gallery - galaxy - ... concerned with notions of LETHAL, LOCHIA and other perspectives relevant to medicine. Below is also described an appeal by OMNI-Net to stop Russian-Putin holocaust of Ukrainian children. The current image also includes links to fine arts intermixed with images of lethal historic figures, including russian Bolsheviks and Putin. You may choose to ignore both by clicking here.
As the Editor of Pandora Word Box, I will tell about the Russian-Putin's "not war", they call a "special operation". Indeed it is! - it is LETHAL. Its aim is to erase the existence of Ukraine and what better way than to destroy children physically by killing, maiming, and, if such fails, by degrading their mental health by constant bombing to induce fear and panic - among whom? - among the youngest, the orphans, and the disabled - they are the most vulnerable.
Perhaps the ongoing holocaust of Ukrainian children has similarities to Hitler's holocaust of "inferior people" and how it was largely ignored by the "allies" during WWII. Is this being repeated as Putin's holocaust goes on? Russians have called Ukrainians as "little russians" (lesser and devoid of an identity). That is what Putin-Russians are doing in Crimea and occupied regions of Ukraine.
Please, learn about the GOALS of the appeal by OMNI-Net.
Please, contribute directly.
Please, ask others to do likewise.
Thank you for your attention.
W. Wertelecki, MD, Editor
About me
Image credit: https://armyinform.com.ua/2022/06/04/dity-beznevynni-zhertvy-vijny/
20221122 ww