This overview is mostly about pill and pharmacology which are associated with ideas in peel, pelf, pilfer, pelt, pillage, pillory, pillow, depilate, remedy, medication, and medicine.

The PILosity of the famous impacts hairstyles
PILL stems from Latin PILA or ball related to PILUS for hair (balls were made from peeled, soften, or PELted skin stuffed with hair. This array extends toward PELlet, PILe, and PILlage. Note how in English PELfer (fortune) has to do with PILfer (in Spanish PILlage and PILlo). Some may wonder if modern pharmaceutical corporations should be reminded that the PELfer they EARN from high priced pills may be considered a form of pilfer. In any case, it is unlikely that corporations are concerned about public opprobrium or PILlory. Hirsute Eyebrows (synophris)
Romans were aware that PILL relates to PILUMNUS, one of the protectors of nurseries where diapers or PIL-USHKA in Ukrainian and PILLows are abundant.

Hair styles seek to allure
Another feature of a Roman home was the PESTLE and MORTAR used to crush nutritious matter. In modern times, MORTARS became MORTAL weapons reminding us of MORS (death) and MARA (nightmares). Dried plants for the Pestle
Crushing and heating matter are critical steps in chemistry and the manufacturing of drugs. English parlance adopted DRUG from DRY and created DRUGSTORE along with CHEMIST for PHARMACIST. In Greek, CHEMIA and PHARICON link ideas of POISON with CHARM. To the ancients, medications that helped conjured ideas of CHARM and many others were POISONOUS. Medications that POISON the unborn or cause Birth Defects are known as Teratogens. "Drug Store" in Greek is APOTHECA, a term that puts stress on dose and drug interactions ("apo" = portion and "tithenai"= mix).
NOTE that the emblem of Medicine is a SINGLE snake wrapped around a humble staff, imbibing knowledge from a saucer-like "patera" often depicted in classic ancient statues. The point is that what cures may also kill - thus physicians are granted a "license", an expression of trust by the communities they serve. The single snake and staff just described are known as the medical caduceus but ... in this era of corporate greed and mounting ignorance of the roots of humanism,  the caduceus is being confused with the luxurious staff of Mercury or Hermes, the deity of thieves and liars more politely referred to as "merchants" - in other words, one snake is an emblem of truth, one truth - one serpent - one true knowledge.  The staff or Mercury has two snakes - no truth but a "deal" - even Mercury does not know if he is a male of female - known as Hermes, his son was hermaphrodite ... and so goes the story and our realities - the U.S. Armed Forces, mistakenly adopted the staff of Hermes, instead that of Aesculapius or Medicine - not much of a statement of their knowledge of past generations!
Early mythologies warn humans about drug toxicity and teratogenicity. The task of  Xolotl, an Aztec deity and twin sibling of Quezacoatl, was to protect the malformed because they were considered to be divine messengers of godly displeasure. The Hindu Goddess Mrityu (death) reminds humans that they pollute and threaten the survival of this planet. Mrityu arose from the fire ignited by the wrath of Brahma when he noted that too many people were burdening the earth. Perhaps, modern India needs to be reminded that Mrityu may be provoked again.
Other illustrated overviews explore ideas in sleep, hypnotics, and alcohol as a teratogen. Another companion overview adds vistas to pestle, pest, pulse as in blow, as well as to stroke, apoplexy, mortal, mortar, mortgage, and mortician.
20170325 ww
RELATED
Overviews 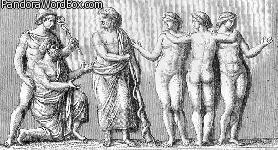