Why did I choose the above image as an illustration of holoprosencephaly?
Mainly because one consequence of holoprosencephaly is either a complete lack of ocular development (anophthalmia) or severe eye malformations.
Holoprosencephaly is a difficult medical term but preferable to the alternative still frequently used terms arrhinencephaly or cebocephaly which are confusing and superfluous.Here we focus on ideas implicit in words. A clinical overview is found in the companion Clinical Eye Openers (CEO) web-site. Above are shown a few clickable illustrative icons or the "spectrum" of signs, signals and facies associated with holoprosencephaly - clinical images are posted on the CEO site.
Holoprosencephaly: denotes a developmental failure of the prosencephalon (embryonic forebrain) to divide into the left and right cerebral hemispheres (holo implies single). The consequences (sequence) of derivative (subsequent) anomalies can be visualized as developmental anomalies of the nose, mid-upper lip, and central incisors (missing or fused).
Arrhinencephaly: implies a developmental failure of the rhinencephalon (rhino points to nose) which is a derivative of the prosencephalon.
Cebocephaly: denotes a "monkey like" face - a reflection of a lack or minimal development of the nasal prominence (as is normal among "kebos"or simians)
The spectrum (scope) of clinical manifestations of holoprosencephaly is vast and variable as are its causes. Among the best know causes (etiology) include Patau syndrome associated with trisomy 13 (13+), autosomal recessive mutations and teratogens (ionizing radiation, among others)
Note links in the left side bar for "holo, rhino, and kebos" as well as "cycle-cyclopia and proboscis".
Clinical images and implications are given in CEO.
20170623 ww
RELATED
Overviews 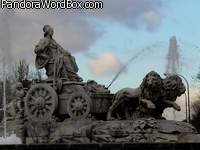