THE POPE LOVED HIS PET ELEPHANT 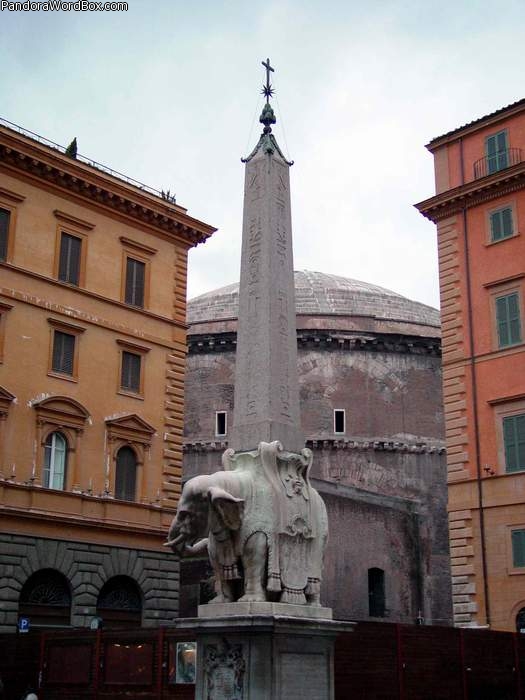 (Note in the background the Phantheon)
The obelisk was discovered during excavations of the area. Pope Alexander VII had a strong hand in the design of the monument - his wish was to convey the notion that to sustain wisdom, it is required to have a robust intelligence.
Over a century earlier, Pope Leo X had a beloved pet elephant known as Hanno, or Annone. Experts deny the connection of Hanno with this monument. However, Hanno was celebrated in Rome. He was buried in the Cortile del Belvedere in the Vatican, and Raphael was commanded to create a large fresco in his memory (lost).
Hanno was a white large pet elephant given to Leo X at his coronation as a present by King Manuel I of Portugal. Apparently, the King purchased Hanno in India. The animal arrived to Rome from Lisbon in 1514 and died in 1516.
Note "aana" (Malay for elephant), Hanna the pet and "Hannibal", the leader of Cartage who used elephants to conduct war.
20200611 ww