A PICTURE TO REMEMBER - COLLUSION - RUSSIAN AND PRO-RUSSIAN PSEUDO-UKRAINIAN 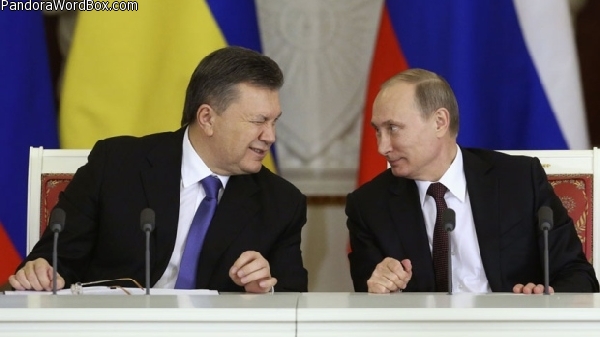 "BETRAYAL of UKRAINE - V. YANUKOVICH - A PRO-RUSSIAN AGENT FUNDED BY PUTIN " (see related A | B)

A PICTURE WORTH A MILLION WORDS (part one of a series). Soon after this photograph, (pseudo-Ukrainian) President Yanukovich suddenly reversed his promises to seek a union with the EU and proposed to join the Russian economic block. This ignited the Maidan revolution. The special Police Forces (Berkut) killed many protesters to no avail. In 2014, the Berkut teams concentrated in Crimea defected to join Russian forces. Mr. Yanukovich fled Kyiv, as rescued by Russian agents, reached Crimea, and escaped to  Russia.
Consider that Mr. Yanukovich won the presidential election with guidance by an American Republican agent, Mr. Paul Manafort (for more, see related pages). When Mr. Yanukovich escaped, Mr. Manafort escaped to the US, where he became the manager of the Presidential campaign of Mr. D. Trump. Mr. Manafort was convicted in the US, but President Trump pardoned him. The sources funding Mr. Manafort activities remain unknown but presumably flow from the Kremlin (see related pages).
Please also consider that Mr. Trump appointed Mr. Rex Tillerson as Secretary of State. Mr. Tillerson was and returned to EXXON Corp. as a high level executive. EXXON conducts large projects in Russia irrespective of the February 2022 Russian invasion into Ukraine. While there is much attention paid to the gas-pipe connecting Russia with Germany, no mention is made of the EXXON, BP, and SHELL ongoing businesses in Russia.
20220527 ww