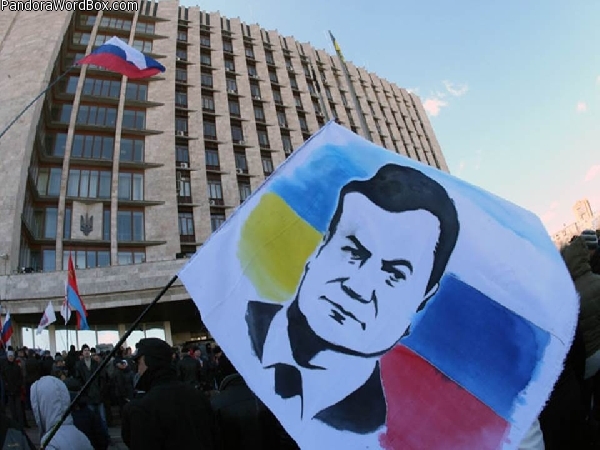 Today is February 26, 2022 as the Russians are destroying Ukraine.
The following I wrote in April 16, 2014.
+++++
As I write, I sense as if I am confronting a FANTASTIC FANTASY reflecting the penchant of BOLSHOI RUSSIANS (or Great Russians as they call themselves) to believe in fairytales. I hear news about riots by "ethnic" Russians in Ukraine chanting "Putin, Putin ... begging for Russian troops to help them to surrender their freedoms to an autocratic regime. I also am listening to the U.S. Secretary of State give an account of these events which produces in me an even stronger sense that these events are like a new fairytale that can be added to those narrated by Scheherazade during an episode of the "Thousand and One Night". This new fairytale, crated by the Kremlin, is about a " Magic Prince Yanukovych" and his adventures in "malo" Rus (little or mini Russia AKA Ukraine). The plot is simple and aims at arousing pride of Russians and their approval of a king-like V. Putin. His dream is reconstitute the former empire of Great Josef Stalin, his spiritual father along with the KGB academies. Putin relied on a gangster (who served jail time) to become President of Ukraine. Much earlier, when Putin introduced Yanukovich to the US expert on вЂњRussianвЂќ issues, she is reported to have said this is "my man to be elected Ukrainian PresidentвЂќ. Yanukovych did get elected with the help of Russian gold but his task was to deliver Ukraine to Russia failed. He almost succeeded except for "evil fascists and other bandits" who managed to incite him to escape to Russia. This made Putin despondent and incite him to invade Crimea by releasing вЂњlittle green menвЂќ. That was not enough, he wanted more. Putin realized that "western powers" would not react meaningfully. This prompted pro-Russian gangsters to attack government buildings in Donetsk and Luhansk regions and set вЂњNova-Rossia Peoples RepublicsвЂќ.  Putin learned that NATO partners would do nothing to help Ukraine to strengthen their defenses. Such good news encouraged King Putin to redouble his efforts to destroy independent Ukraine ... but the ending of this second Grand Russian fairy tale only the future knows.

Crimea was invaded during February, 2014
Ukraine is being invaded today, February 26, 2022

The вЂњwestвЂќ continues вЂњconsideringвЂќ "how much" to help Ukraine while Kyiv is surrounded by assaulting Russian troops.

Germany and Italy continue to oppose the removal of Russia from the SWIFT financial system вЂ“ they are more with their comfort of fuel costs of heating and car expenses than the holocaust of a nation of 44 million people.

US just decided to add military aid when most of Ukraine is already in the hands of PutinвЂ™s troops.
20220526 ww