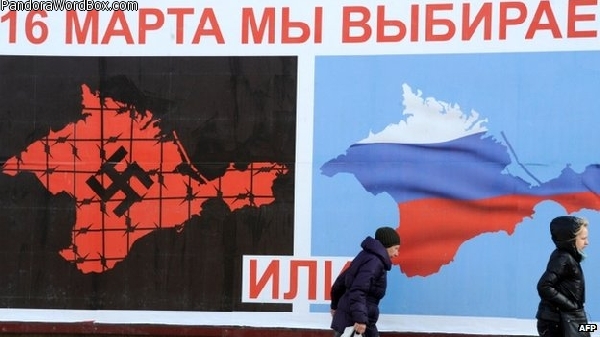 Soon after the occupation of Crimea by Russian forces (in Russian parlance - "liberation") there were "elections" to create a "People's Republic". This followed an invasion of armed "green men" (euphemism for Russian troops). The rights of Crimean Tatars were disregarded - Russian colonists of the Peninsula had a choice - Russia of "fascism" (euphemism for Ukraine). The next comedy-tragedy was that "the people" chose to become "united" with "mother" Russia. The Tatar and Ukrainian population of Crimea ceased to exist.
20221107 ww