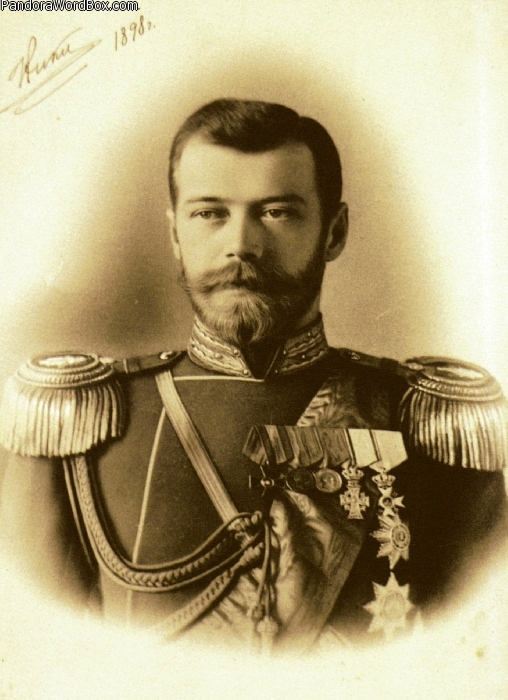 His full title was "Autocrat of All the Russians", implying of Russia and Ukraine, Georgia, Armenia, Belarus, Moldova, Poland, Finland, Estonia, Latvia, Lithuania, and more. The title underscores two central notions  - "autocracy" and the plurality denoted by "the Russians". To this day, a majority of Russians uphold the dogma that an Empire of all Russias needs to emerge again and accept the necesity of an autocratic regime such as that nurtured by Mr. V. Putin as necessary to advance such goal. After Mr. Putin incorporated Crimea by force, his popularity among Russians soared. Most Russians fervently believe that they have the "right" to rule not only Crimea but also the rest of Ukraine.
OPINION: the Bolsheviks initially lost many of the territories held by the Russian empire. Many of the non-Russian "Russians" declared independence. The "peace-loving" Bolsheviks, under Mr. L. Trotsky, destroyed independent Ukraine. The Bolshevik Ukrainian SSR capital was in Kharkiv, where today, russian-speakers are mobilized by the Kremlin and demand a referendum akin to that held in Crimea under the guns of the Russian army. Perhaps, to stimulate their appetite to join Russia, the Russian army has concentrated forces nearby - the Russian frontier is less that 50 km from Kharkiv. These "ethnic-Russian" pretenses are akin to those by ethnic Germans that Hitler invoked to invade the Sudetenland and later the whole Czechoslovakia. Now, Mr. Putin is also making noises about Moldova - he cannot say that Ukrainians mistreat "ethnic-Russians" but instead is invoking that the "fascist" Ukrainians are blockading Moldova communications with "mother" Russia. Apparently, Mr. Putin thinks that he did get away with the anschluss of Crimea and that now can "incorporate" other regions of Ukraine and a portion of Moldova. He may be right. (See Euromaidan Overview D).
20221020 ww